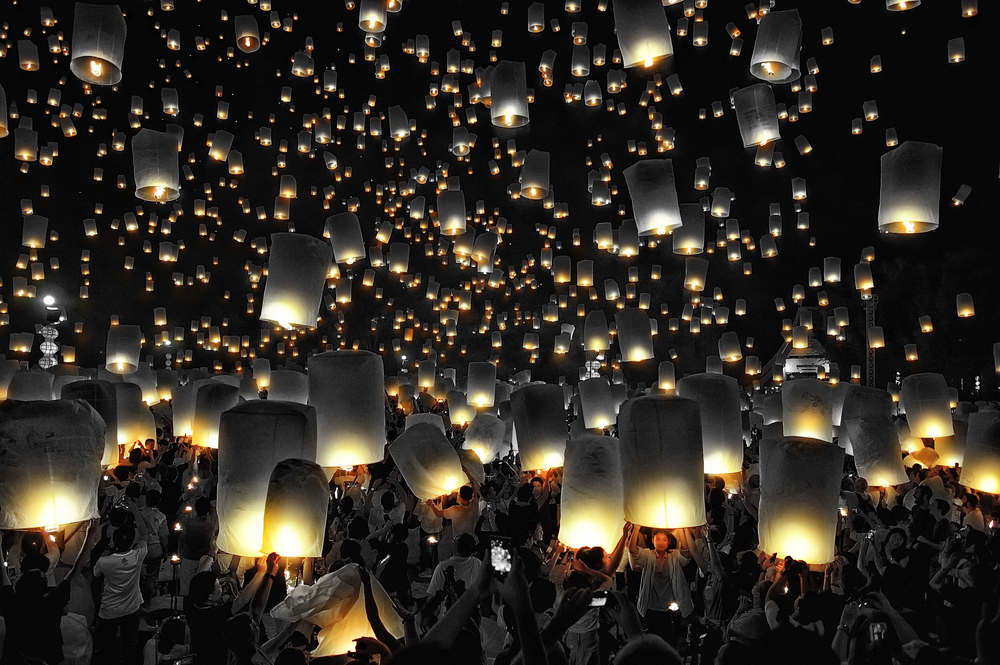 When I first learned about Loi Krathong, I was unaware of it and its cultural impact in the country. It’s more than a lantern festival, but a story enriched in tradition that I fell in love with. And not to mention, Thailand events and festivals are always a fun feat. Before I get into those, let me tell you about the history.

Loi Krathong is a festival celebrated annually throughout Thailand and even in certain parts of Laos and Burma. The name can be translated into something along the lines of “to float a basket.” It’s born out of the tradition of Krathong making, which are buoyant, decorative baskets that are floated down a river.

Loi Krathong isn’t just some wild party either. It’s often seen as a festival of quiet celebration. While the origins aren’t entirely clear, many believe that it has began in Sukhothai, a town north of Bangkok, almost a 1,000 years ago.

Those familiar with Ko Pha Ngan’s full moon parties will know the importance of the full moon to the Thai people. The Loi Krathong festival takes place on the evening of the full moon of the 12th month of the traditional Thai lunar calendar. This usually falls in November and different provinces celebrate it in their own way. Below is a sample of some of the festivals you can participate in: 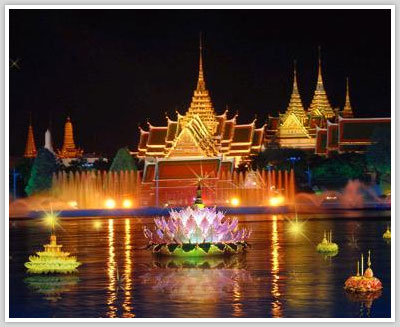 Bangkok – Often, residents of Bangkok celebrate Loi Krathong by heading to Asiatique, the riverfront night market where there are always big crowds and impressive shows. Traditional banana leaf folding method classes are held to assist the not-so-practiced Loi Krathong goer. There is a large boardwalk area that hosts events, including the retelling of the Loi Krathong story through music and dance as well as hosting a launch site for everyone’s own krathongs. All of these festivities are capped off with a dazzling fireworks display.

Chiang Mai – Loi Krathong coincides with the Lanna, or Northern Thai, festival of Yee Peng, which is a reference to the full moon day of the second month of the northern calendar. In Chiang Mai, swarms of Lanna-style floating sky lanterns are launched into the air. During the festival, the local people tend to decorate their houses, gardens and temples with intricately shaped paper lanterns that take on many different forms. 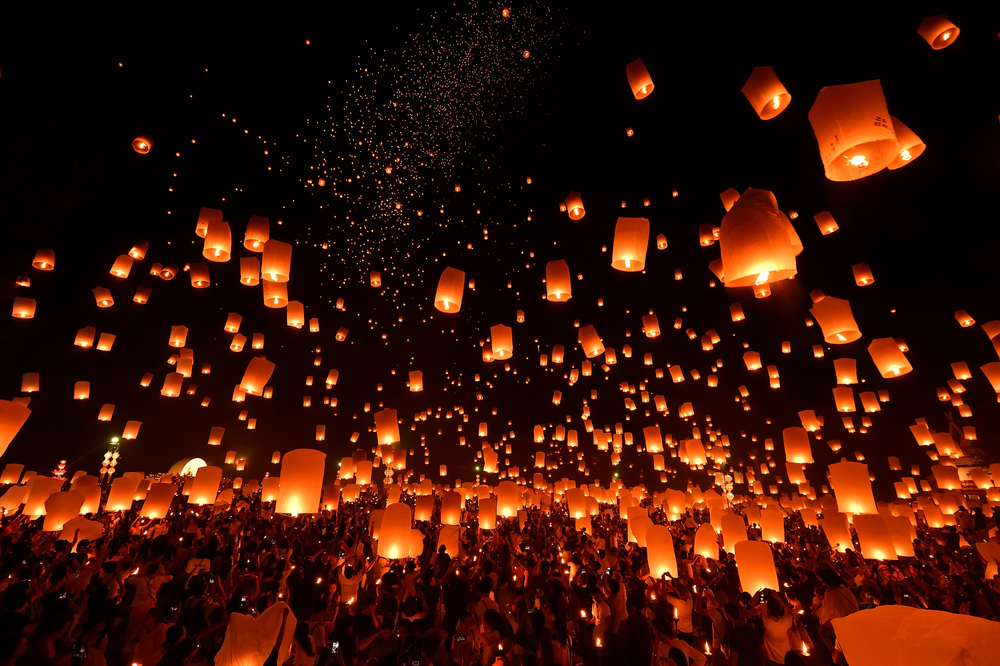 Sukhothai – Though Loi Krathong is celebrated throughout the kingdom, the ritual is thought to have originated in Sukhothai, the original Thai capital. Here at the Loi Krathong and Candle Festival, visitors can expect to be enchanted by the float procession of large krathong from 17 of the northern Thai provinces.

This procession features krathong from government agencies, private sectors as well as the general public. In addition to these processions, there is also a krathong design contest, the Miss Noppamas Beauty Contest and arts and culture performances. 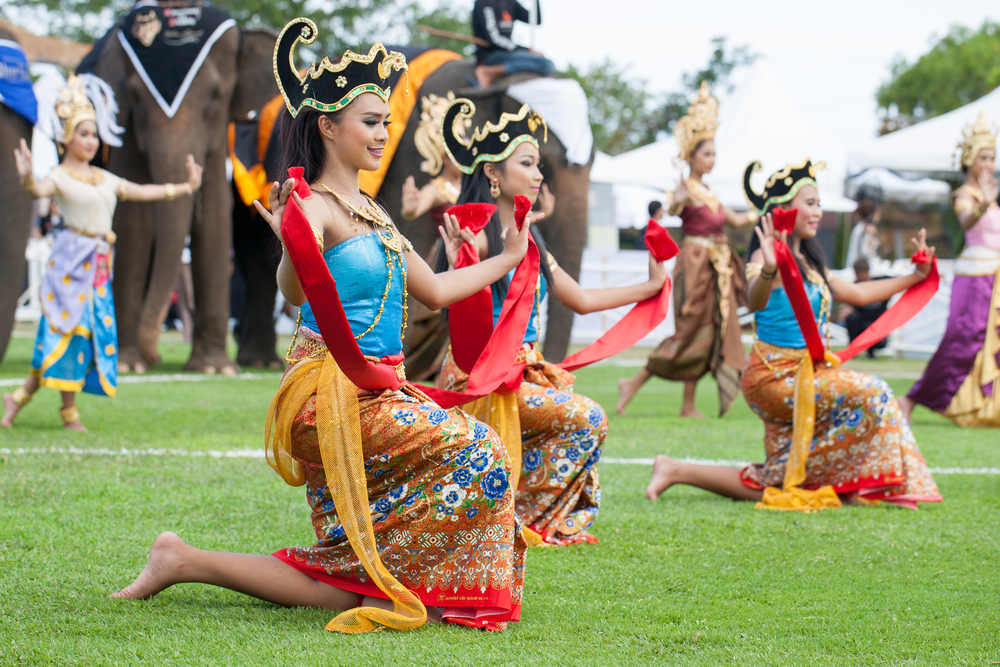 The above are just samples of how each Thai province celebrates the festival. Now back to the basis of it. Traditional krathong are made from a piece of trunk from a banana tree or even from a spider lily plant. More modern krathong can be made from styrofoam or bread. The bread krathong has the benefit of becoming food for the fish when it disintegrates after a few days. In some instances, the making of styrofoam krathong are banned due to not being biodegradable.

Krathong can be elaborately decorated with folded banana leaves, incense sticks and a candle. Often, a small coin is placed on the krathong to be offered up to the river spirits. They can also contain food, nuts and flowers. The ritual is simple: build a krathong, make a wish and let it float down with the current of the river. The flame from the candles represents longevity, the fulfillment of wishes and being cleansed of sins. The longer that the candle flame lasts, the better.

For those of you who wish for good luck. It’s believed the krathong will carry a person’s bad luck off into the distance and allow for a better start to the following year. Couples often put their krathong in the river together, hoping the two stay side by side as they float down the river, representing the hope for a long and fruitful relationship. Now, do you want to Book Thailand Now? Bangkok: A Guide to the Hippest Neighborhood of Yaowarat