Phuket’s Vegetarian Festival, also known as Jia Chai, originally started in 1825 when the governor of Thalang, a district in the north of the Phuket Province, moved the island’s principal town to a tin mining jungle town occupied by Chinese miners. A traveling Chinese opera company happened to be passing through town to perform for the miners. Suddenly, the traveling opera troupe fell sick from an unknown malady.

In an attempt to fend off the sickness, the traveling Chinese kept to a strict vegetarian diet to honor two of their emperor gods. And believe it or not, it worked! This interested the locals, who wanted to know what steps had been taken to rid themselves of the disease. It came that ritual vegetarianism and it’s associated spiritual ceremonies were embraced enthusiastically. And thus the Vegetarian Festival began. 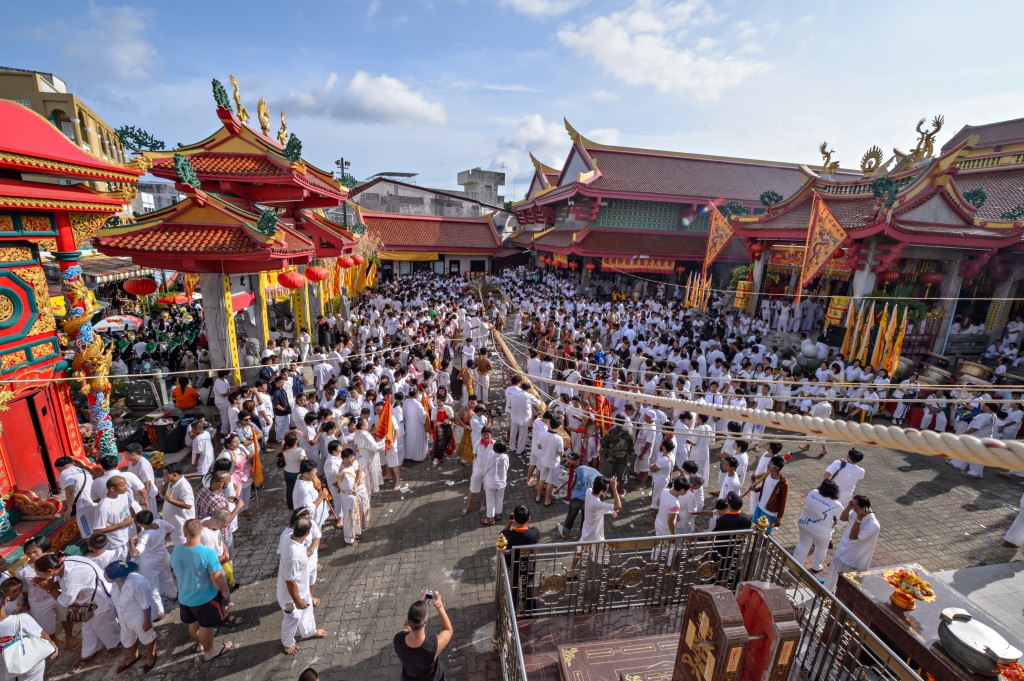 The festival would begin on the first evening of the ninth lunar month and would continue until the ninth evening. There are a series of rituals associated with the Vegetarian Festival. Among them are:

Due to the intercalary month in the Chinese lunar calendar, there will be two commemorations of the Phuket Vegetarian Festival in 2014. The first will take place from September 24 – October 2, 2014. And the second will take place October 24 – November 1, 2014.

Ready to see Phuket for yourself? Click here for special travel packages and promotions from our partners on BookThailandNow.com and start planning your trip today!

Off The Beaten Path: Hidden Gems in Chiang Rai

A Night to Remember at the Yee Peng Festival